Last year I decided to take part in my first reading challenge ever. Organised by Vicky, CW, Lily & Shealea, it was an attempt to explore new authors of Asian descent and support them (why yes, I do believe in grassroots change). I am a big mood reader and I don’t have the brain space to read as much as I used to – I hit 45 books last year but only because my job involves working with picture books and I had to read a whole bunch of them when I started working there in August. So, I opted for the lowest number in the challenge: 1-10 books, represented by the Phillipine Tarsier badge. I figured I could do about one a month.

I had clearly too much faith in my own abilities. Here’s what I managed to read last year with a one-sentence wrap up for each: 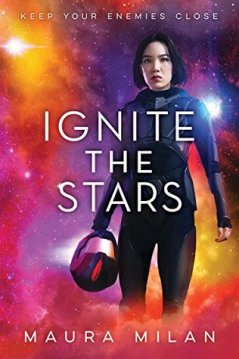 Love the fantasy world, the mythology and the illustrations and will definitely be reading more of the series.

Sadly disappointed by the tell-not-show aspects of a sci-fi with lots of potential.

Great author, lots of issues from gentrification to class issues tackled but sadly nothing too exciting about it.

Wow, did not expect to enjoy this harrowing and dark fantastical story based on the Sino-Japanese war as much as I did.

An adorable picture book that presents diversity in a lovely and digestible way.

Overall, 5 is not an impressive number, even considering my target was up to 10. I think I did okay until about May and then mostly just forgot that I was doing a challenge and read what I wanted to. As mentioned, I’m a mood reader and I have been in the mood to reread Harry Potter for a long time. I finally did it at the end of last year after a bit of reading slump, but that’s not exactly one book pulling my focus away from the challenge.

I also became part of two book clubs amongst two friendship groups meaning I had less control over my reading choices. (In my defence, I chose City of Brass as a book club choice *thinking* that S.A. Chakraborty was an Asian writer, whoops.)

I basically didn’t do the community side of things and kept forgetting to share my blog posts about it. I’m a bit of a mood writer as well so I didn’t review all of these titles.

However, despite ALL of that, I still think that this was a good challenge to do and I wouldn’t have prioritised these books if I hadn’t been doing the challenge. I’ve discovered a fantastic debut author in R.F. Kuang and I look forward to following her career. I don’t read lots of graphic novels but I really enjoy reading them so Monstress is a great series that I am excited to explore more of. Finding a couple of standout authors is a really cool thing for me, Arub, perpetually cynical and unimpressed by things ;).

Taking this all into account, I will not be doing #YARC2020. However, one of my new year’s resolutions is to read more Asian authors and to read more books written by WOC. (Plenty of crossover, I’m sure.) I’ll be following the folks doing #YARC2020 on the blogosphere though and wish them the very best of luck!